You probably have already heard of ilya as that sex toy shop racking up hearts on Instagram. Around a year ago, Pinoy millennials were obsessing over their bright, pastel-hued flatlays, witty captions, and crisp photos—despite the fact that these photos showcased travel-sized vibrators and penile masturbators. With the design direction, Ilya communicates that it's more than just an adult store wrapped in a pretty package—underneath its #aesthetic exterior lies a noble mission to educate Filipinos on sexual health and expression. 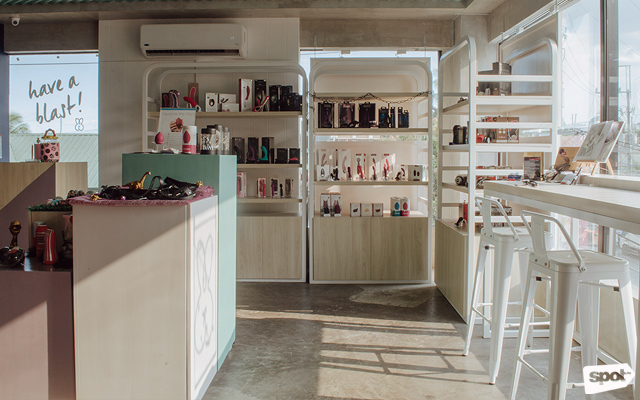 "We wanted it to serve as a gateway for customers," explains co-founder AJ Osmeña.

"Hopefully people who pass by will come in for the ice cream, and stay for the sex toys."

In essence, this is exactly ilya's formula for thriving as a sex toy shop in a conservative society. For a sex-toy shop to penetrate a culture that frowns upon sex as something shameful, they have to package sex as something less dirty and as something a little sweeter and a lot more fun. Launched in 2016, the store has generated considerable buzz and attracted a growing pool of customers through its attempts to destigmatize sex and make it look and sound less taboo. 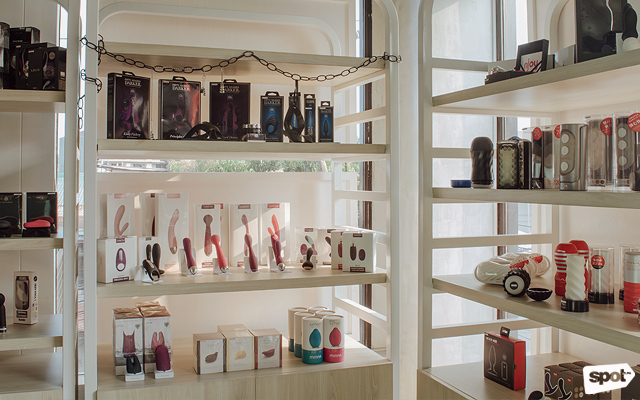 According to AJ, the business idea sprung out of a dare with a friend. "One of [the dares] was to go to a sex-toy shop and to buy something. So I thought, 'Oh cool, this is gonna be a fun experience at the very least.' [But] we went in, and it wasn't too comfortable. We had a certain impression that it would be funny, but frankly, it felt a bit clinical.

This experience encouraged AJ and his future business partner to conceptualize a different kind of sex-toy shop, one that is not only inviting but most importantly, enjoyable.

"We made it a point to [make ilya] warm and welcoming so that people with zero experience and those who are just getting into it will be comfortable," he says. 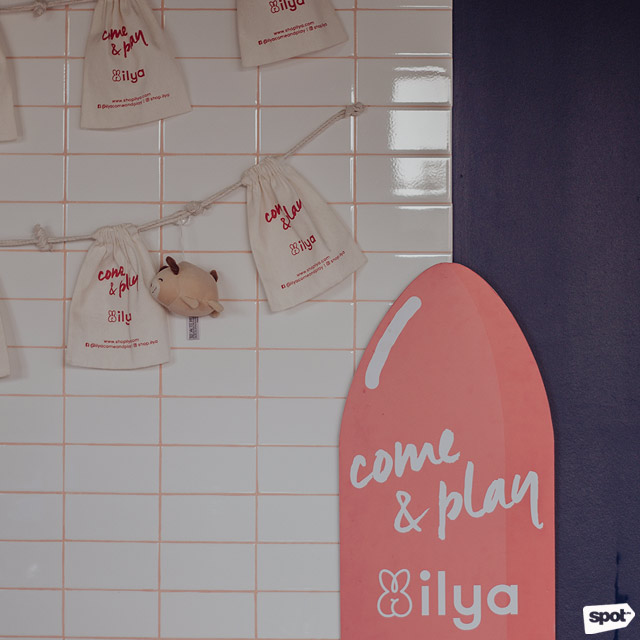 It's not exactly the first thing you'd think of when hatching a business, but AJ and his partner had minimal hesitation about selling sex toys.

"I mean, why not? I think there's a market for it—people are generally interested. It's just that there are a lot of factors that's stopping them. As we all know, there's a stigma, there's a lot of trepidation when it comes to it."

This fear and trepidation towards free and open expressions of sex is still pretty common, especially in a religious society that believes "guilt-free sex" only occurs in the context of marriage, and only when intended for procreation. Sex, frankly put, is a very difficult topic of conversation for many Filipinos, and this has led to consequences such as high teenage pregnancy rates and a shocking lack of basic sexual education among the public.

"Filipinos view sex with a lot of shame," AJ says, adding that society's views on the subject can get pretty rigid and one-dimensional. "It has to be within this context alone—if it goes beyond this, it's a no-no, it is something bad. [With the Philippines] being a deeply religious country, we're certainly affected by this—and that does not bode well for all of us."

"Sexuality is a huge part of a person and their individuality," he continues. "If you're not comfortable with your own sexuality, that affects so much of your own person. So that's very important with personal development. I mean, as long as it's safe and consensual, dapat walang basagan ng trip."

He cites the typical behavior of an in-store customer to illustrate this point—if you expected a lack of eye contact and a lot of fumbling over words, you couldn't be further from the truth.

"Instead of awkwardness [which is what one would expect], they're more curious than anything. We have a lot of customers who'd say 'Matagal na akong interested maghanap ng sex toy.' Pero wala silang mapuntahan, because for various different reasons nahihiya sila, or they didn't feel safe," he explains.

This insight inspired Ilya to go beyond its roots as an online shop and open a brick-and-mortar store—allowing customers to experience something as intimate and personal as a sex toy. "The thing is, since these are pretty foreign objects to people, you can see the pictures online, but it's still different when you can touch and feel it," AJ explains. "So people come [to the store] to see and feel, tactile experience rin siya. I mean, [these products are] pretty intimate, so you would [want to] know, 'oh this is comfortable, this is not rough or abrasive to my skin.'" 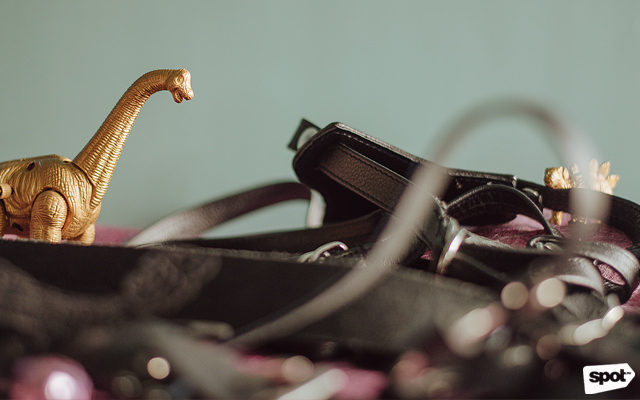 AJ has an affinity for the older customers, who often come into the store as couples. He's enthusiastic about finding them the perfect toy that would add some excitement to their relationship.

"Sometimes we would just get a message [afterwards] like 'Thanks so much, this really added spice to our sex life, and we're very happy we tried it.' So those [customers] are the ones that are most fulfilling for us," he relays. 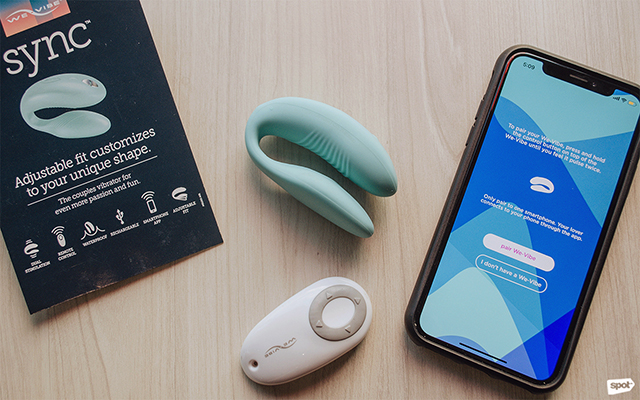 The WeVibe (P11,500) allows couples in long-distance relationships to enjoy intimacy despite being hundreds of miles away.

Coincidentally, his favorite product—the WeVibe (P11,500)—is also a product made for couples. It is a small vibrator that one can connect and control via WiFi through a remote and an app. The innovative product is usually a hit for couples in long-distance relationships, as it allows them to still express intimacy despite being hundreds or thousands of miles away. "At the most, sex toys are tools—we'll never say that they can replace people. But for those in long-distance relationships, it helps. It's true what they say na as long as there's a need, innovation happens," he says of the product.

Besides the WeVibe (which is currently out of stock), AJ notes that the bestsellers are usually the most beginner-friendly ones. For the females, he singles out the Satisfyer Pro 2 (P5,500), a clitoral massager which went viral online for its claim that it can bring you to orgasm in three minutes. (AJ says his female friends can attest to this.) Another notable toy is the Stronic Drei (P11,690), which doesn't only vibrate, but also thrusts. 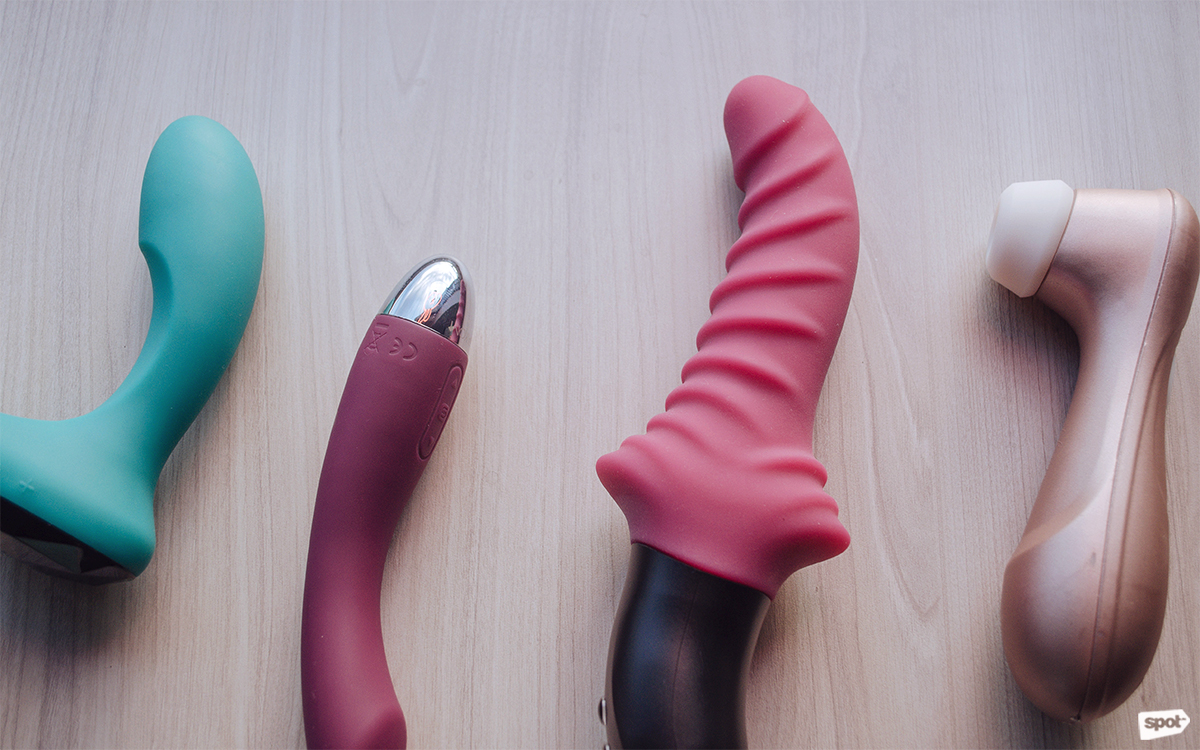 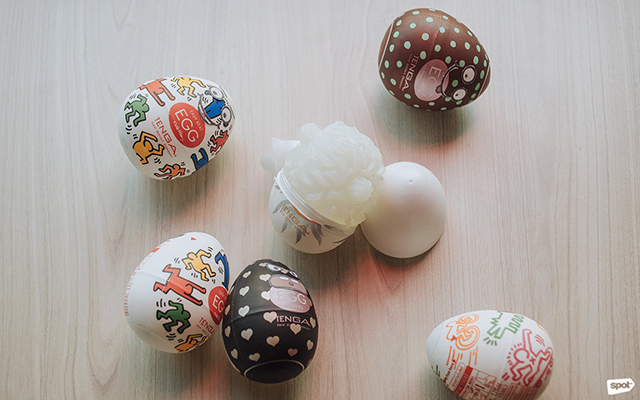 Sex toys primarily provide new sensations and dimensions to an individual's sexual pleasure. But more importantly, they can teach one about their individuality. "Sex toys also teach you a lot about yourself—what works for you and what doesn't? Once you learn and know yourself better, then you can bring it to another level—you can communicate more properly with your partner. All relationships are based on communication, and if you know what you want, it's easier for the both of you [to achieve that]," he says.

Above all else, Ilya prides itself on being an advocate for sexual health and education. "Sex is shrouded with negativity—there's a stigma, and that's not what it should be. I mean, what's so wrong about sex?" AJ asks.

What's notable is how the store is generally able to overcome this stigma. In collaboration with design and branding consultancy firm Serious Studios (which also worked on the branding of BLK Cosmetics, Yes Please, and Casa Kalaw, to name a few), Ilya is successfully able to brand itself in an almost-wholesome manner, distancing itself from the vulgar vibe of other sex toy shops."We wanted to introduce ourselves as a sex toy shop, but also as fun, welcoming, warm, and interesting," AJ explains. "So instead of going [the direct route] like half-naked bodies or private parts, we used harmless symbolism and suggestive pictures." He also cites their logo as an example—it could be seen as a bunny or as something a bit more suggestive, depending on how you want to look at it. 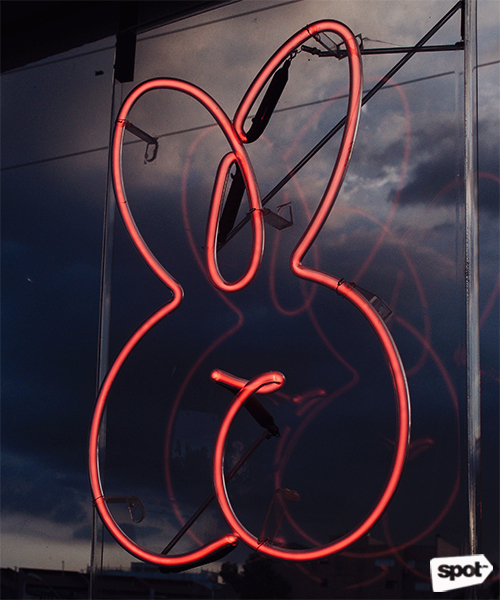 One only has to visit the brand's Instagram page to understand their approach—instead of the typical porn-esque images of half-naked bodies and faces writhing with pleasure, one is greeted by colorful, millennial-approved flatlays and suggestive winking puns. Walking into the store is a similar experience—the bright pastel colors of the space as well as the friendly, accommodating sales associates are reminiscent of an adults-only toy store.

One factor, in particular, was prioritized when it came to conceptualizing their brand and messaging—discourse. "I guess [it starts] with getting people to talk about [sex]? I mean, there are a lot of misconceptions and [wrong] ideas. So what it the best way to go about this? It would be through generating discourse and conversation. And to get people to converse, they'd first have to be comfortable."

"That's why we branded Ilya in this way so that people can let their guards down to be able to talk about sex," AJ continues. "I mean, that's the first step to address the stigma. Talk about it, correct misconceptions, and so on."

"Getting people to talk about sex is the most important thing, even more so that society is uncomfortable talking about it," he adds.

He goes on to take note of the very important role of humor in making sex a more palatable conversation topic. "When we first started out, humor was what made people take notice of us. We had so many puns everywhere," he laughs. "I mean why not, we don't mean any harm making light about it. I mean, if you're comfortable enough to laugh about something, then it becomes easier to talk about."

Besides the occasional one-star Facebook review, AJ says that Ilya hasn't had any strong reactions from ultra-conservatives. In fact, the store owners make an effort to reach out to those they may potentially offend—they have met up with representatives from various religious groups, theology scholars, and doctors in order to learn more about the many intricacies of sex. So far, there haven't been too many bumps in the road. "As long as we don't step on their toes, and as long as there's respect, it's fine." 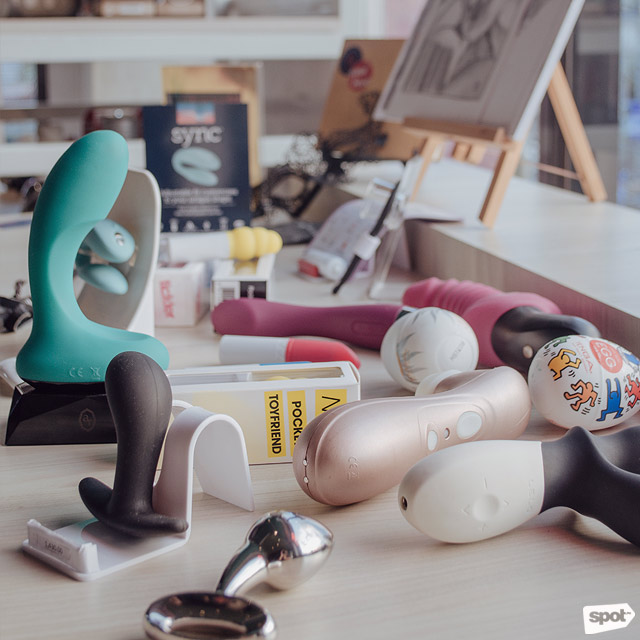 "We try to be as inclusive as possible. That's also why we try to learn as much as possible and we try to meet as many [diverse groups of] people, so we understand them better," he explains.

Despite society's traditional views on sexual expression and intimacy, AJ sees Ilya prospering as a long-term business. "We're trying to go as mainstream as possible. That's the goal—there's no reason not to be mainstream," he adds. "We started a bit niche, and we'd want to eventually tap into the wider market."

"It's gonna be a journey—we haven't plotted out how it's gonna go. It's definitely going to adjust every so often, and we will [constantly] have to learn new things"

When asked if Ilya has any secrets up their sleeve that they'll be revealing in the near future, AJ just smiles coyly. "Wait and see."